Description:
As I hope you know, the Adobe Master Collection 2020 does not officially exist in nature, Adobe has never released it. But, nevertheless, he is in front of you! Moreover, it is assembled on the basis of a modern installer, produced by Adobe, the use of which for this assembly became possible thanks to the joint efforts of your humble servant and many well-known PainteR “ a. We both worked hard to bring this package to life. Adobe Master Collection 2020is a collection of applications of the Creative Cloud 2020 line, united by a single installer with the ability to choose the installation path and interface language of the installed programs. In terms of functionality, everything is very similar to the well-proven Adobe Master Collection CS6 in the past. Only, now, the installer’s interface has undergone major changes compared to its namesake of the Creative Suite 6 line, the composition of the package has changed somewhat, and the versions of the programs themselves are definitely freshAdobe Master Collection 2020 RUS-ENG v9

FAQ
Question: Why has the composition of the assembly changed so dramatically compared to the Master Collection 2019? Where have 32-bit analogs of programs gone? Where did the second disc go?
Answer:Everything flows, everything changes … Adobe has abandoned most 32-bit programs. I just follow in the wake of their decisions. The current revision of the assembly represents exactly the set of programs that Adobe at the time of the release of the assembly positions it as a Creative Cloud package. The only thing that I have not included in the assembly is Adobe Lightroom, since I see no reason to combine this program with Adobe Lightroom Classic in a single assembly. But Adobe Fuse, on the contrary, migrated from the “outsider” second disc of Master Collection 2019 to this assembly as a fully supported application. I even reformatted its distribution kit for a modern installer. This is because this program, unlike many others, is declared as part of the modern Creative Cloud package.

Question: The window where the selection of installed applications should be carried out is empty for me. It only has the Master Collection logo. How to be?
Answer:For the installer to work, you must have Internet Explorer version 11. Install or update this product to bring the system in line with the installer’s requirements.

Question: I cannot click the “Continue” button because the contents of the window do not fit into the window itself, and the button is out of sight. What to do?
Answer: This sometimes happens on a crookedly configured OS. The keyboard has a TAB key. Click it to the desired menu item.

Question: I have a gag at the initial stage of the installation, not described above. Can you suggest something?
Answer: Try replacing the Set-up.exe file used in the distribution with the one downloaded from here .

Question: Installation was completed with an error. What to do?
Answer: Read the decoding of error codes . Also, I recommend that you familiarize yourself with the installation logs. They are located in the folder: C: \ Program Files \ Common Files \ Adobe \ Installers (for a 32-bit system) or in the C: \ Program Files (x86) \ Common Files \ Adobe \ Installers folder (for a 64-bit system). Perhaps here you can get more detailed information about the problem and how to fix it.

Question: Sometimes the Start screen takes an insanely long time to load on startup. Is there a way to speed up the process?
Answer: In addition to the obvious (disable the Start screen), I can suggest a life hack: just click on the “File” menu of the program. I do not know why this is so, but I noticed that the “stuck” loading of the Start screen while “

Question: When launching Photoshop 2020, I got an error related to the D3DCOMPILER_47.dll file. What to do?
Answer: Install Windows update KB4019990 .

Question: When I launch Animate 2020, I just have a black background instead of the Start screen. What to do?
Answer: Alas, the current drug at the time of the release of the assembly is not able to cope with this problem. If the presence of the Start screen is not particularly important for you, then simply use the program menu to create / open a file. If you want to contemplate the Start screen at startup, you need to log in with your Adobe ID by selecting “Help-> Sign In” in the program menu.

Question: Why am I blocked from creating a new project in Premiere Rush?
Answer: For the program to work fully, you need to connect to the Adobe server with your ID by selecting “Help-> Sign In” in the program menu and passing the authorization.

Question: Why does Fresco either hang or close immediately after launching?
Answer: The Fresco program does not allow you to use it without authorization. Alas, it is not possible to log in to a program that cannot be started normally. But you can log in to any other Adobe  program by selecting “Help-> Sign In” from the program menu. By logging into one program, you are logged into all installed Adobe programs at once. After that, Fresco will start correctly.

Question: Even if I choose English when installing, Media Encoder 2020 is still in Russian? What to do?
Answer:The program is installed at once with all available languages. For some unknown reason, the priority language for it is the language of the operating system, and not the one set during installation. But in the program settings, you can easily select the desired language in “Edit-> Preferences …-> Appearance-> Language” (Edit-> Preferences …-> Apperance-> Language). For some reason, switching the language works for me only the second time. But it works!

Question: Can you tell us more about the ability to fully use Maxon Cinema 4D?
Answer:Maxon Cinema 4D is automatically installed as part of the Adobe After Effects 2020 package. The trial version is installed by default. But I treated her for you. When you start the program for the first time, an authorization window will open. Close it. The program will automatically start again. But already completely cured of greed. The program interface is originally English, but it is easy to change it to another by downloading the language pack (including Russian). To do this, in the program menu, click Help-> Check for Updates … Among those offered for download (in addition to language packs, you can add additional content libraries) select the desired language and click Continue twice. After restarting, the program will already have the selected interface language. Switching between already installed interface languages is available in the program settings. I want to warn you against updating the version of the program itself. When the program body is updated, the medicine will fly off!

Question: What needs to be done to make it possible to work with libraries?
Answer: To activate the CC Library panel, you need to connect to the Adobe server with your ID by selecting Help-> Sign In from the menu of any program and being authorized.

Question: You wrote about disabling spyware modules. Can be more?
Answer

Question: What about drugs in the current build version?
Answer:Craftsmen have released drugs for this line of programs. The treated files were embedded by me into the distributions of the programs, so you don’t need to do anything for the treatment. Healing solutions from uncia, cppasm and PainteR and other hackers are involved. Just in case, the original files are saved with the .bak extension. To restore them, remove the .bak extension from these files and replace the existing patched files with them.

Question: How are things going with the removal of the package programs?
Answer:All applications will be available for uninstallation using standard Windows tools. Everything installed will be presented in the form of separate aninstallers for each program. Sometimes, when uninstalling programs, the uninstallation progress reaches 100% and everything freezes. This is a small aninstaller glitch that the developers won’t fix in any way. If you encounter this, then start the Windows Task Manager and interrupt the work of two processes named Set-up.exe. Don’t worry, the deletion will be complete at that time. 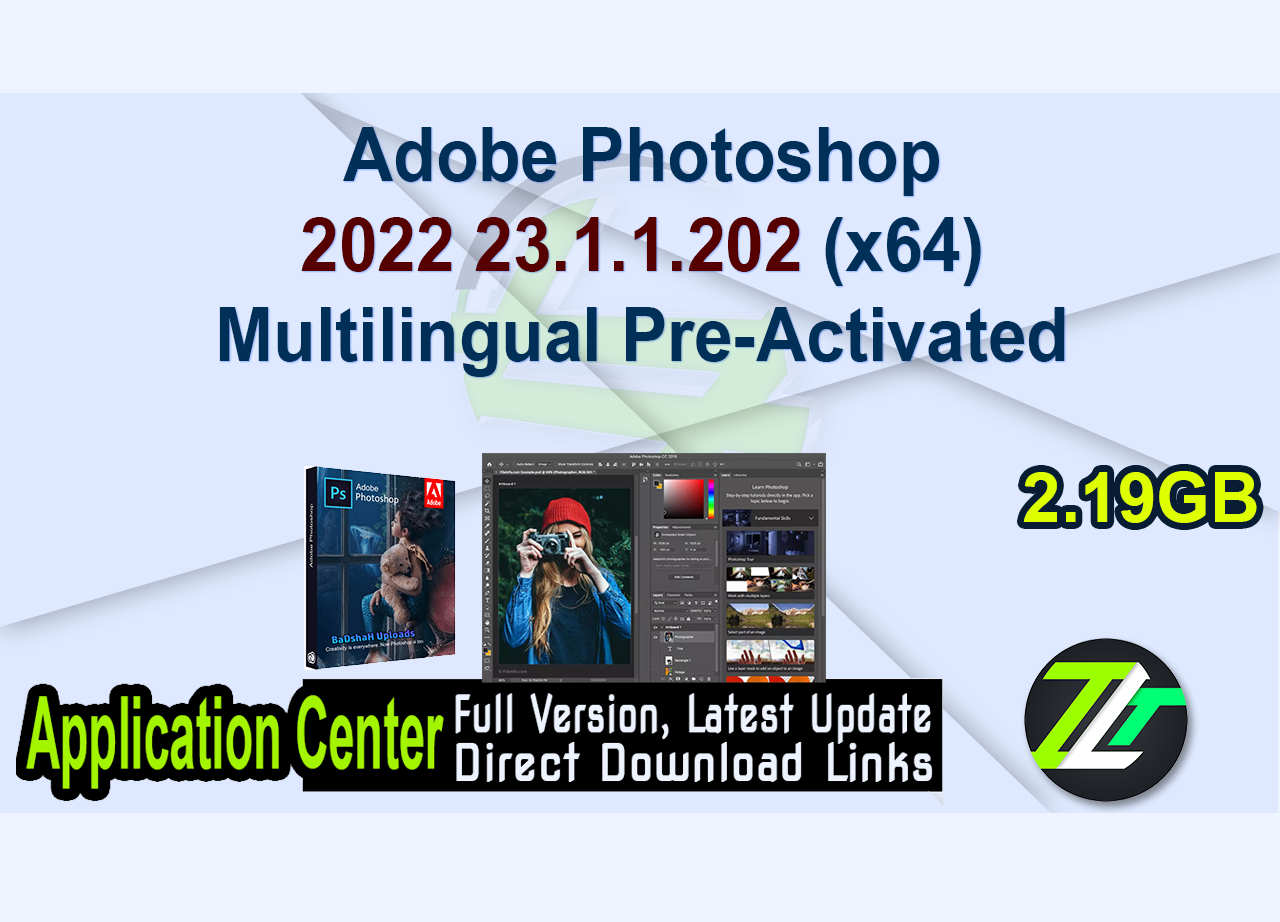 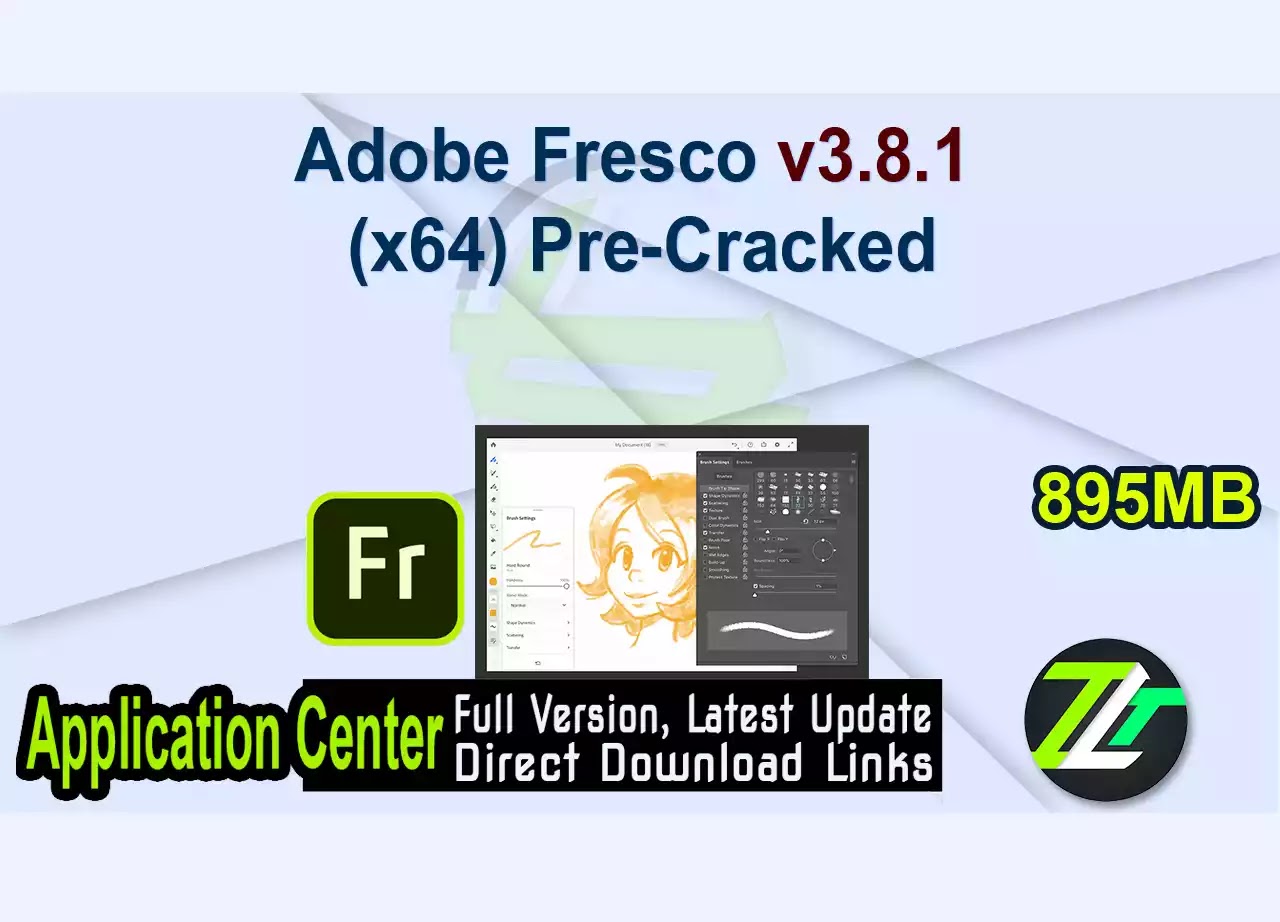 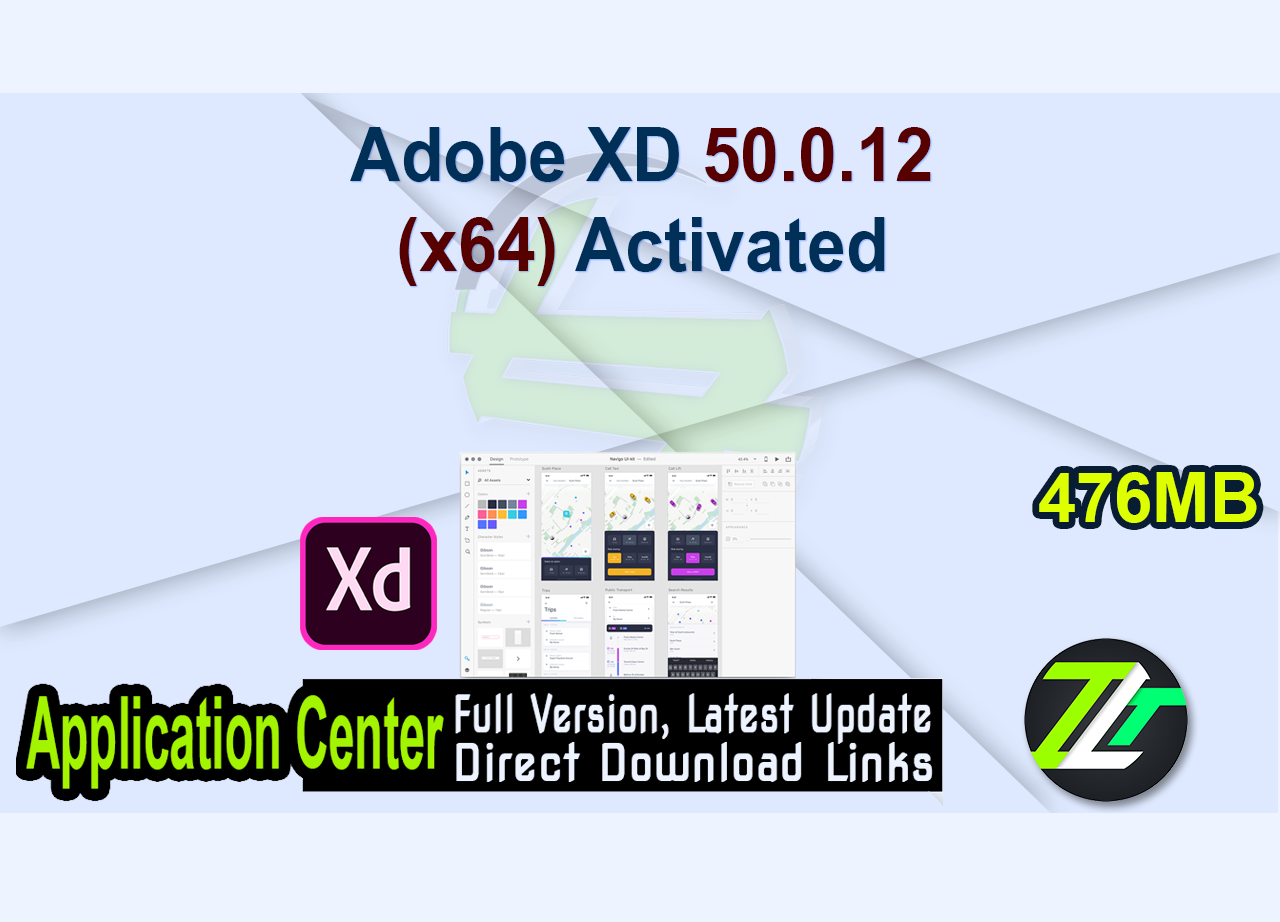 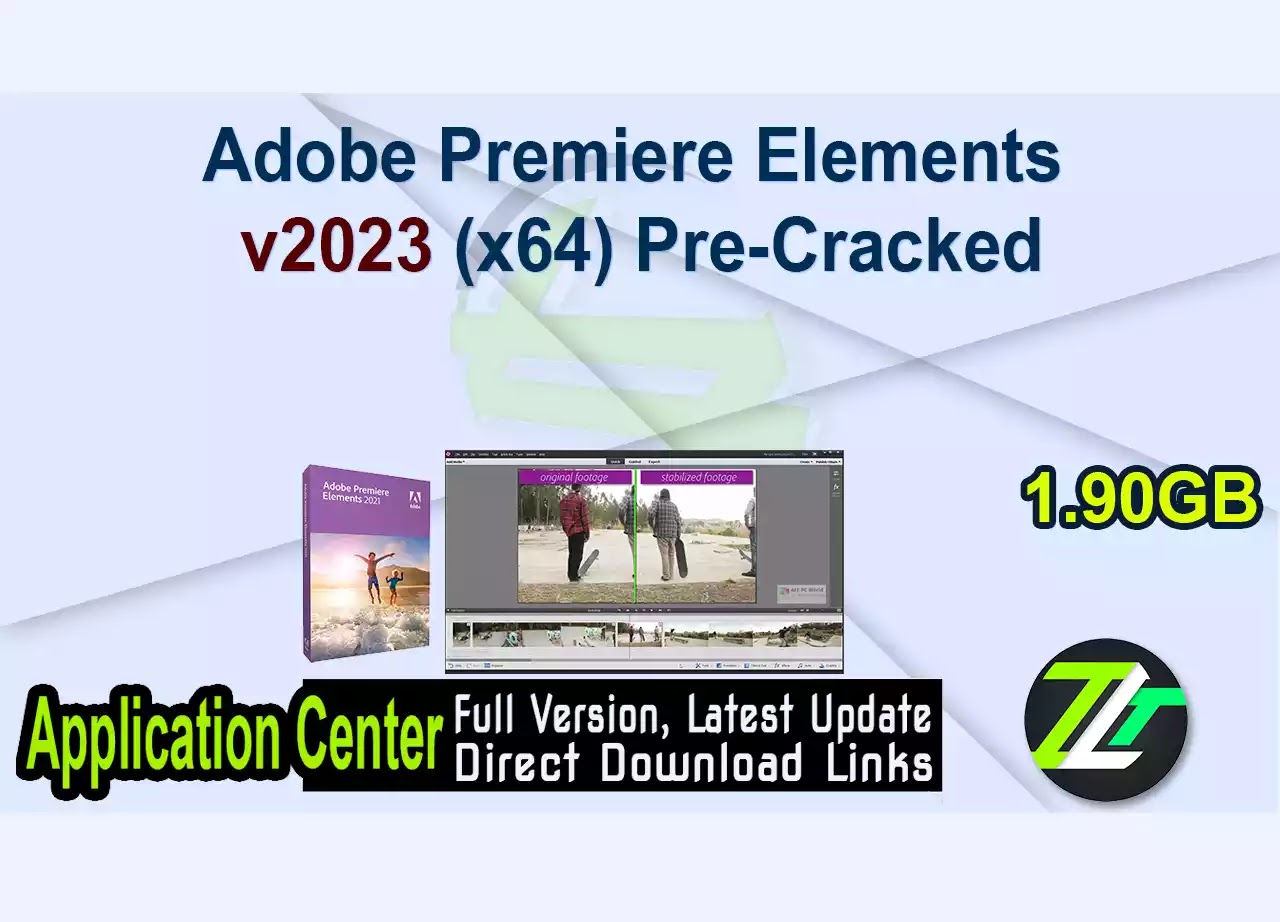 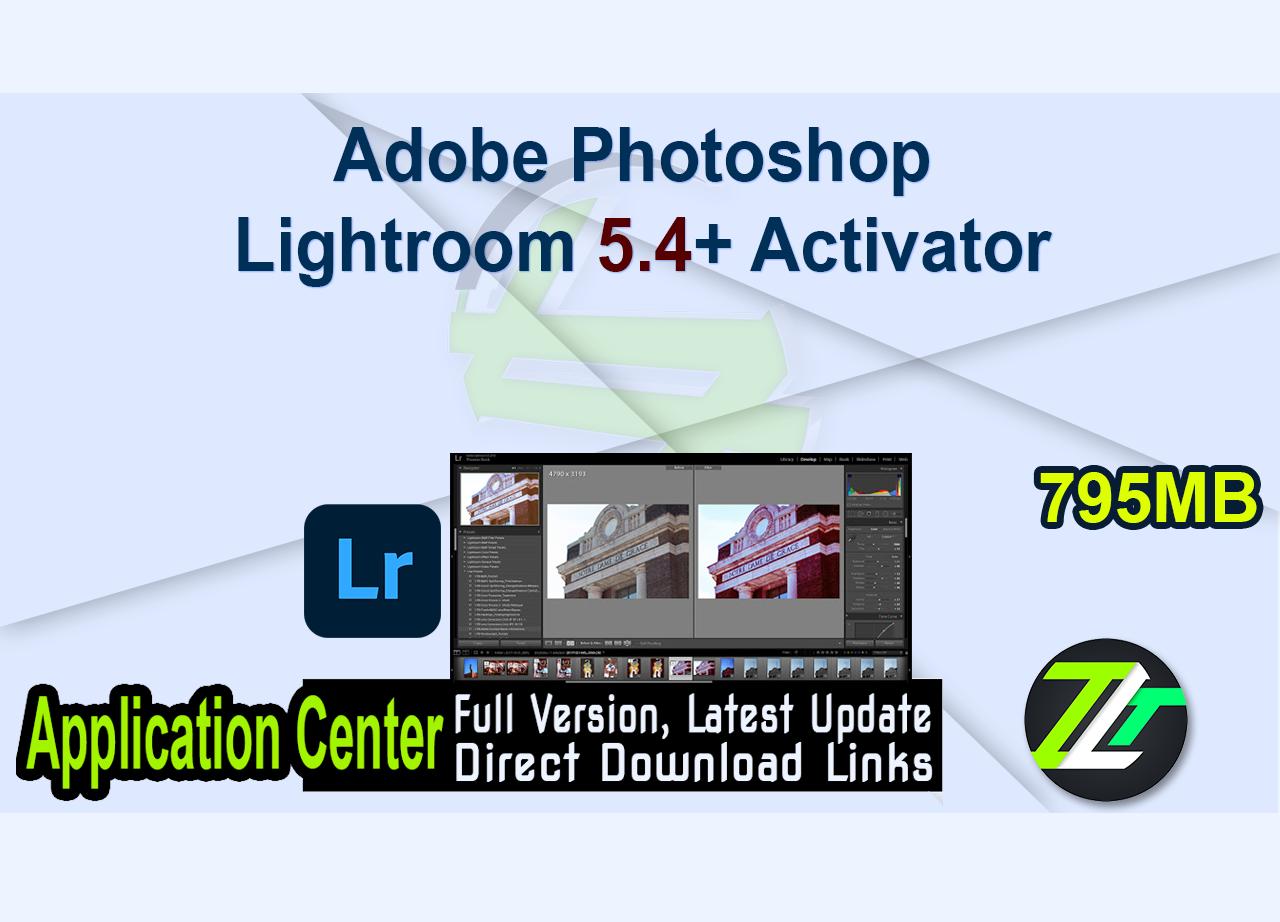