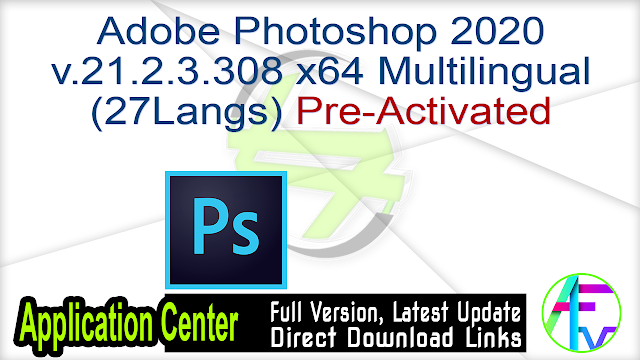 Description:
Adobe Photoshop is a comprehensive solution for professional digital imaging, which contains the latest tools for working with images and new possibilities for the implementation of creative ideas that can significantly increase productivity. Edit images with exceptional precision, and use new intuitive tools and workflows to create 3D graphics, 2D projects, and movies.

Adobe Photoshopis part of the Creative Cloud. Therefore, all the latest updates are available to its users, and access to new versions is provided from the moment they are released. Cloud publishing capabilities let you organize your files across multiple computers. Thanks to the integration with Behance, you can share your projects with other users directly from Adobe Photoshop and get instant feedback on your work from designers around the world.
Benefits of Adobe Photoshop 2020

– Cloud documents
With Photoshop on iPad, you can use cloud documents to work seamlessly on Mac, Windows and iPad. Documents are saved in the Adobe cloud as you work.

– Preset Improvements
Easily browse through new swatches, gradients, patterns, shapes and styles. Presets are now easier to use and easier to organize.

– Consistent transformation behavior
Proportionally transform multiple layers regardless of their type and without using the Shift key.

– Improved warp transformation
Get more control when working with the Warp tool. Add control points anywhere or divide the image into sections using a customizable grid, and then transform it by selecting nodes one by one or several at once.

– Other improvements
Check out all the new features in Photoshop and find out how they can simplify and speed up your workflow.

List of changes made
What has been changed by the author of the assembly:
– The assembly is based on the Adobe standalone installer version 5.2.0.436, which is not available to the general public.
– With the exception of the required minimum, the Adobe Desktop Common module was cut from the installer, which is installed by the original installer without fail.
– The Adobe Creative Cloud module is completely cut from the installer, which is installed by the original installer without fail.
– The offline installer integrates into Windows 7 a certificate confirming the modern Adobe electronic signature.
– The installer provides a choice of the installation path and the language of the program interface, as well as the ability to launch the program immediately after installation is complete.
– In the menu for selecting the interface language of the installed program, a false indication of support for additional six languages has been corrected.
– Updated the main module of Adobe Photoshop to version 21.2.3.308.
– Updated the Adobe Camera Raw plug-in to version 12.4.0.148.
– Added helper module Adobe CC Library version 3.8.27.3.
– The Adobe CCX Process plug-in has been removed from the installation.
– Disabled spyware modules Adobe Crash Reporter Service and Log Transport Application.
– The distribution kit has been improved so that a message about the end of the trial period is not displayed on a program authorized using Adobe ID.
– Fixed a problem arising for many with the display of the program icon.
– The program has already been treated. The start window (initial screen) is working. Libraries can be used.

Question: During the installation process, when I click the “Continue” button, nothing happens to me. How to be?
Answer: For the installer to work, you must have Internet Explorer version 11. Install or update this product to bring the system in line with the installer’s requirements.

Question: I cannot click the “Continue” button because the contents of the window do not fit into the window itself, and the button is out of sight. What to do?
Answer:This sometimes happens on a crookedly configured OS. The keyboard has a TAB key. Click it to the desired menu item.

Question: I have a gag at the initial stage of the installation, not described above. Can you suggest something?
Answer: Try replacing the Set-up.exe file used in the distribution with the one downloaded from here .

Question: The installation did not complete due to an unknown error. What to do?
Answer: Read the decoding of error codes . Also, I recommend that you study the installation log. It is located in the C: \ Program Files (x86) \ Common Files \ Adobe \ Installers folder. Perhaps here you can get more detailed information about the problem and how to fix it.

Question: When starting the program, an error related to the D3DCOMPILER_47.dll file was displayed. What to do?
Answer: Install Windows update KB4019990 .

Question: What about disabling spyware?
Answer:The spyware modules Adobe Crash Reporter Service (CRWindowsClientService.exe) and Log Transport Application (LogTransport2.exe) are disabled. The files that initialize them have been renamed CRWindowsClientService.exe.bak and LogTransport2.exe.bak. If you suddenly have a desire to restore their functionality, simply remove the .bak extension from them. Anticipating the question of some users why, they say, the same CRLogTransport.exe or AdobeIPCBroker.exe are not blocked, I want to say that the first of them is controlled by the blocked CRWindowsClientService.exe, and without it it will not send anything anywhere, and without the second the libraries will not work.

Question: What about drugs for this version of the program?
Answer:A patched Photoshop.exe file was released using the uncia hacker’s method. The cured file is built into the installer by me, so you don’t need to do anything special for the cure. Just in case, the original file is saved under the name Photoshop.exe.bak. To restore the original file, remove the .bak extension from it and replace the existing patched file with it.

Question: As in this assembly with the Start screen and the window for creating a new document?
Answer: Everything works properly!

Question: Sometimes the Start screen takes an insanely long time to load on startup. Is there a way to speed up the process?
Answer:In addition to the obvious (disable the Start screen), I can suggest a life hack: just click on the “File” menu of the program. I don’t know why this is, but I noticed that the “stuck” loading of the Start screen “hangs” at the same time.

Question: What needs to be done to make it possible to work with libraries?
Answer: To do this, you need to connect to the Adobe server with your ID by selecting “Help-> Sign In” in the program menu and passing the authorization. After restarting the program, the library panel will work.

Question: I want to have Photoshop with two or more interface languages at once with the possibility of their regular switching. Can this be implemented?
Answer:Initiate reinstallation of the program in another language directly over the already installed one. After that, it will become available to change the interface language using the standard switch in the “Edit-> Settings-> Interface …-> Interface Language” menu (Edit-> Preferences-> Interface …-> UI Language).

Question: When you uninstall a program with a regular aninstaller, the uninstallation progress reaches 100% and everything freezes. How to be?
Answer: In some cases, this does happen. This is a small aninstaller glitch that the developers won’t fix in any way. If you encounter something similar, then start the Windows Task Manager and interrupt the work of two processes named Set-up.exe. Don’t worry, the deletion will be complete at that time. 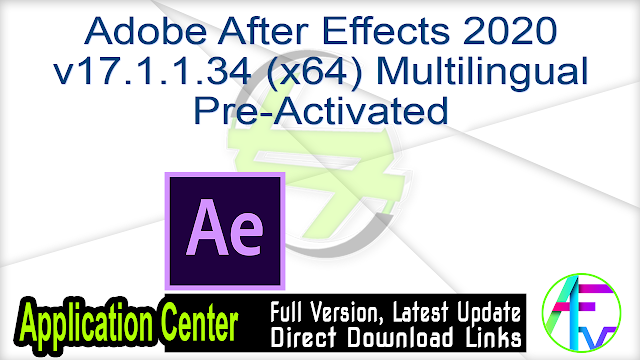 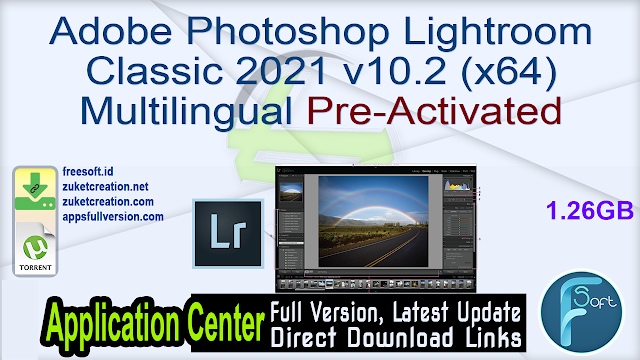 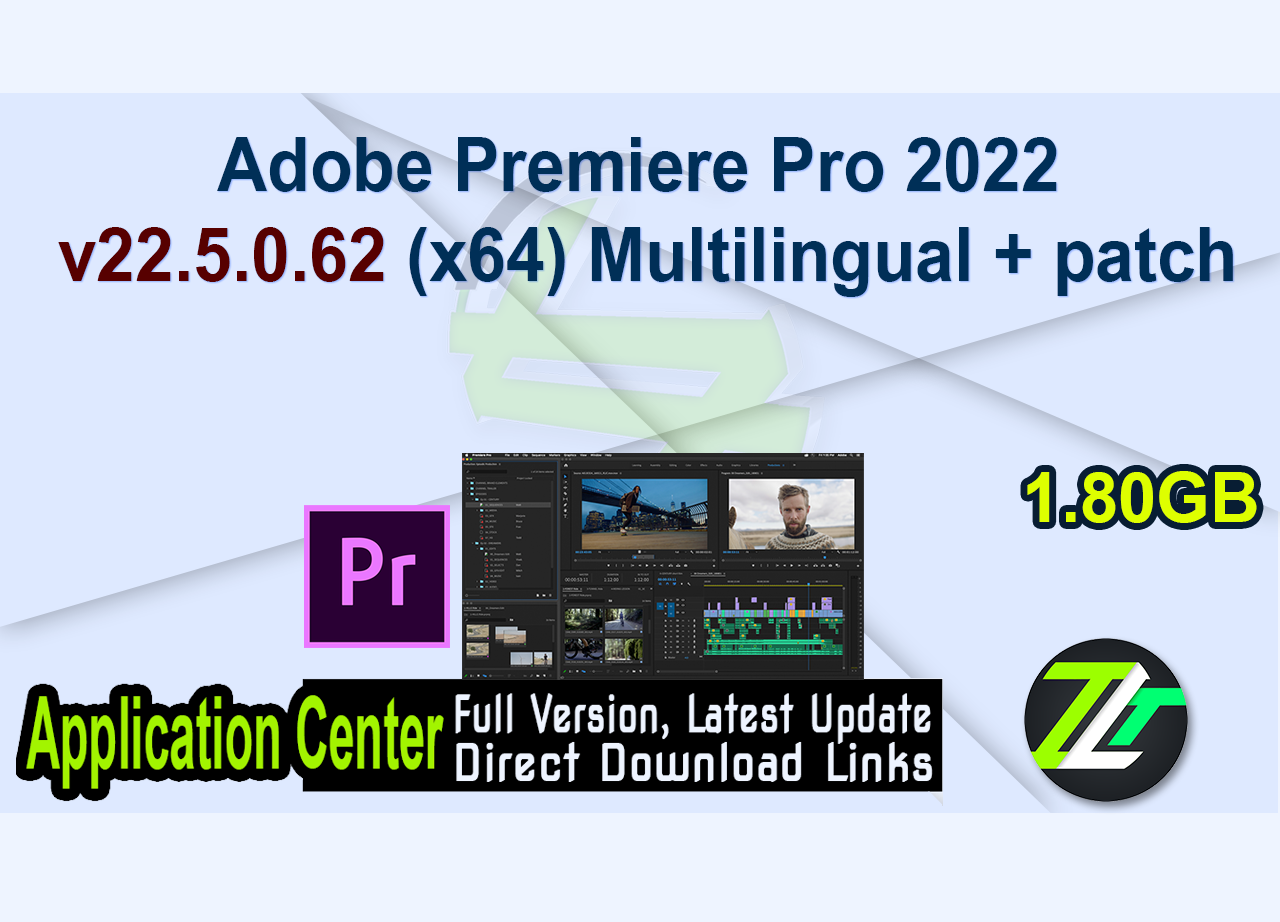 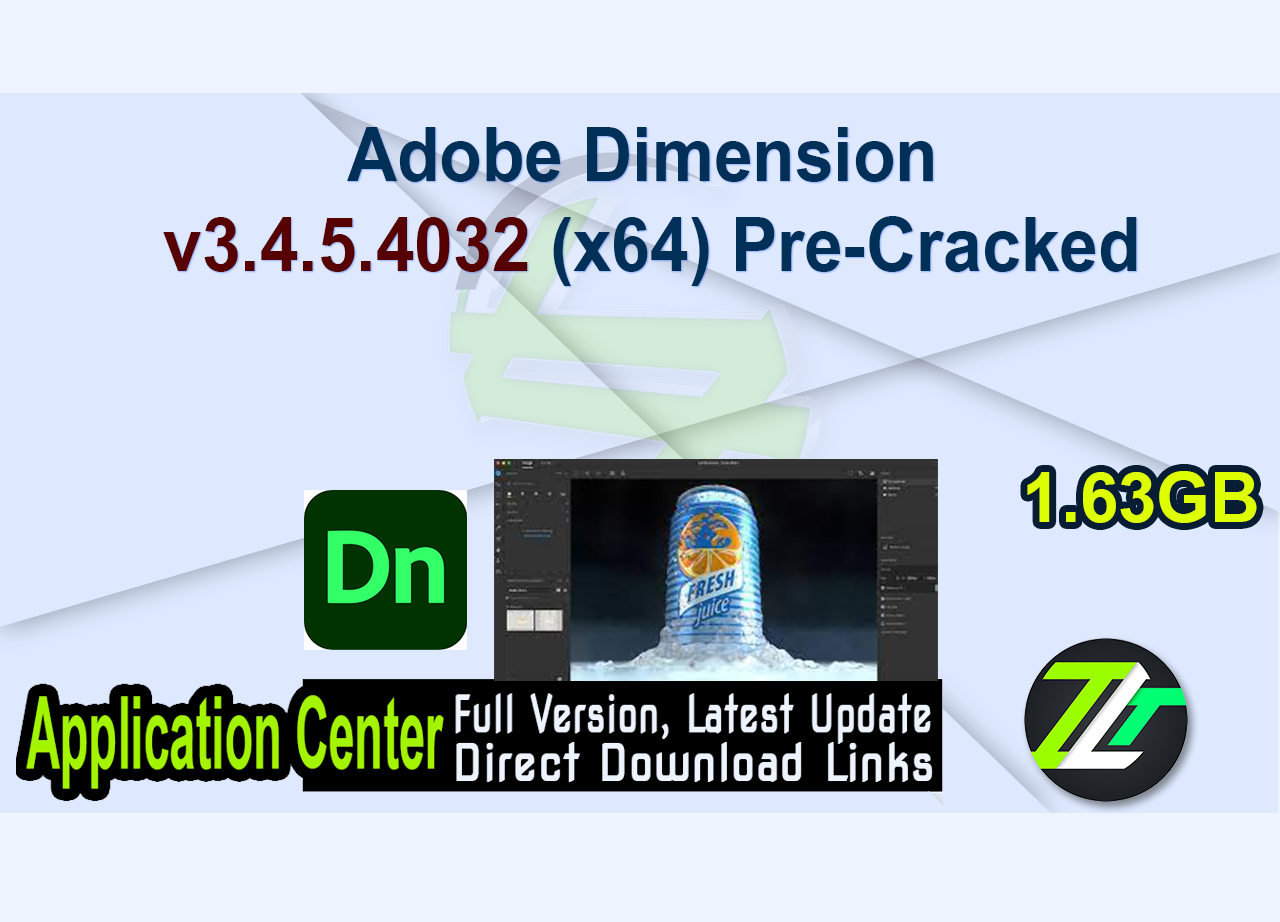 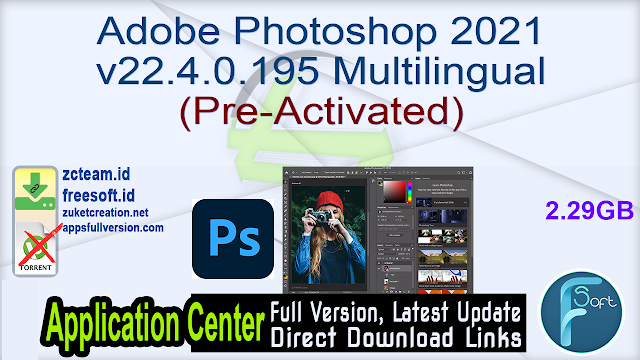 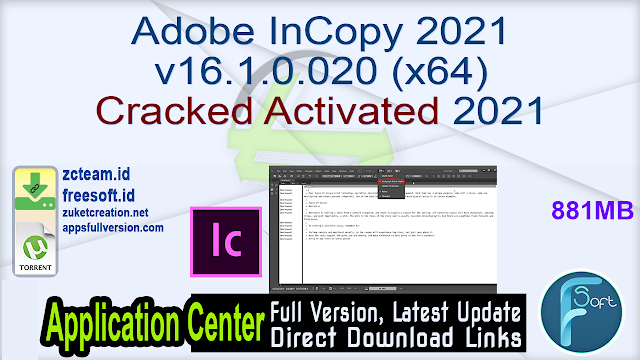 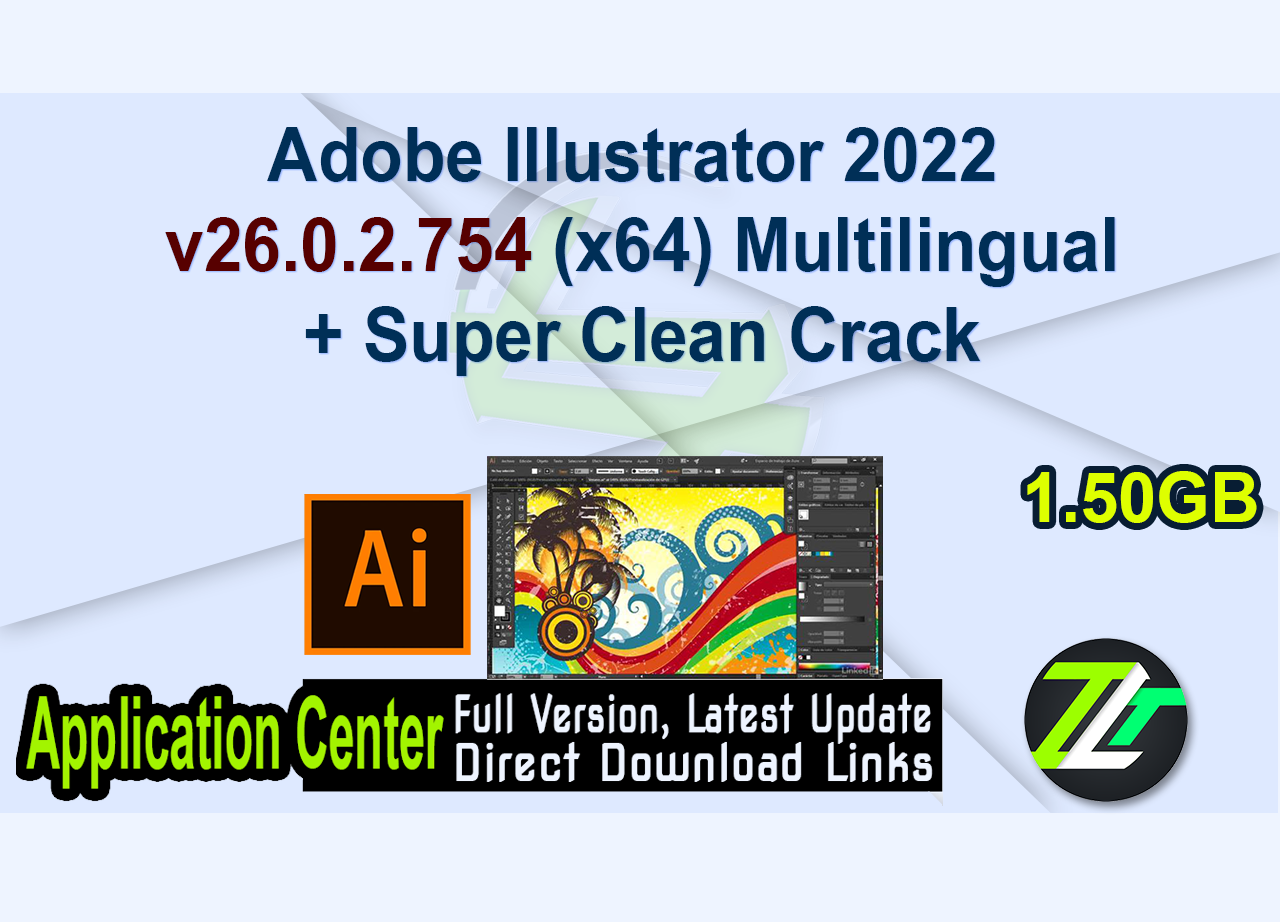